Advisors and Board of Directors 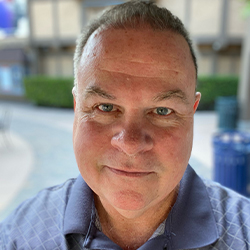 Randall has 30+ years experience with television, radio, print, and film production as well as marketing, advertising, PR and promotion. His marketing, advertising, and promotional events and programs have been seen by over a half-a-billion people worldwide and he has received coverage for his events, promotions, and programs in virtually every major media outlet in the US. He has created dozens of successful large events ranging from 10,000 people to more than 40,000 people.

Randall has been the host of his own television program “About Town,” his own radio program, “Movie Talk,” has produced and directed two motion pictures and has been a prolific writer for national and international publications such as “Box Office” and “Screen Trade.” He is also an Honored Lecturer at Pepperdine University and has lectured at many universities worldwide including Loyola Marymount in California and Middlesex University in England.

He adamantly refuses to think and produce like a run-of-the-mill professional in sales, marketing, business development and executive producing. And wouldn’t you know it, it’s working…just like magic in the movies. He’s generated plenty of powerful results for past clients and continues to do so for his business partners at DS Media -- as well as for investors, joint venture partners, advertisers, sponsors, and audiences worldwide. Randall never stops innovating his award-winning, internationally recognized expertise to empower individuals, businesses, associations, organizations, and professionals in all fields to surpass their expectations for achieving success. And the results speak for themselves. Randall has helped people create personal and professional transformations, turning the ordinary into extraordinary legends “with the kind of real power stars are made of.” Simply put, Randall helps you achieve real, verifiable, bankable success no matter the product or service, no matter the business, and no matter the budget -- because he streamlines, customizes, and expedites your success curve so you can achieve the results you want, giving you maximum efficiency, productivity, and profitability.

Greg Fink is a certified Human Resources professional with over 10 years of experience in the field. A San Diego native, he was worked in a variety of sectors in local area, including Behavioral Healthcare, Digital Marketing and Tech, and the automotive industry. Greg is sincerely excited to use his professional experience to support the wonderful mission of Victory Arts.

His core values include demonstrating dignity towards everyone, giving of oneself in advancement of the common good, and the continuing support of passionate hearts and minds. Beyond supporting the arts, Greg is also a compassionate supporter of the ethical treatment of animals. He is a long-time volunteer and foster parents for the San Diego based dog rescue organization, Labs and More. 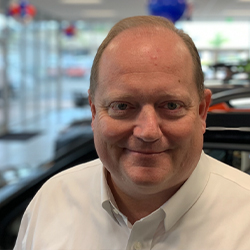 Mr. Fillmore has over 40 years' experience as an entrepreneur and as an executive in the automotive industry.  Currently he is the General Manager of Subaru of El Cajon and South County Buick GMC in National City.  Mr. Fillmore has taught and believes that finding raw talent and then finding a way to let that talent soar is the best way to run a business and he has been proven right.  The people that work with Paul create an unassailable team that finds ways to make things work, rather than fight over "the small stuff" so everyone succeeds. 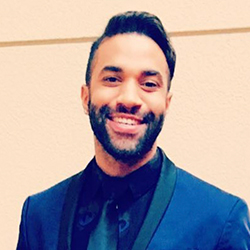 Isiah Bell is currently a graduate student at the University of California San Diego. His passion for activism and working with underserved  communities led to his pursuit of a master degree in international affairs. Prior to continuing his formal education, Isiah worked for over a decade in Hollywood in the field of entertainment styling celebrities and working on ad campaigns for film and television. In addition to his work in the entertainment industry he spent several years working in the corporate sector of Apple Inc, and co-chaired the Pride at Apple group, which worked to create a safe work environment for members of the LGBTQ+ community. Camille McPherson has been a force in San Diego’s arts and culture sector for a decade. Currently in her tenth year as a soloist with the San Diego Ballet, Ms. McPherson has originated numerous featured roles and has toured with the company throughout the United States. Known for her extreme flexibility and elongated lines, Ms. McPherson has danced as a featured guest artist with San Diego Dance Theater and has earned press features in the San Diego Union Tribune, KPBS, KUSI, Jazz Blues News, and the San Diego Reader. An adept administrator, Ms. McPherson also serves as San Diego Ballet’s Education Outreach Director and Summer Intensive Administrative Director, successfully broadening the company’s outreach department to offer free and reduced programming to over one hundred classrooms in every city council district in San Diego. Her work directing San Diego Ballet’s Summer Intensive has generated interest amongst pre-professional ballet students all over the world, with dancers joining the program from Switzerland, Mexico, Venezuela, Australia, Canada, and across the United States.

Ms. McPherson’s love of performing is matched by her passion for arts education. She has served as a faculty member on a multitude of dance schools across San Diego, including Lynch Dance Institute, Inspire Ballet, Ballet Center West, Golden State Ballet and Pilates, The Movement, and more. She both guest teaches and serves as a ballet exam juror for San Diego School of Creative and Performing Arts, where she is an alumnus.

In her spare time, Ms. McPherson volunteers as Co-Chair of Rising Arts Leaders San Diego’s Programming Committee, where she has conceptualized and spearheaded panel discussions addressing equity in the arts, particularly for emerging BIPOC arts leaders. Her work in the arts community is deeply influenced by her commitment to social justice causes including racial equity, feminism, and LGBTQ rights. Ms. McPherson is currently on the path to earn a Certificate in Fundraising and Development at UCSD and is elated to bring her knowledge, energy, and passion to the board of Victory Arts. 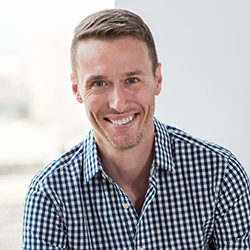 Stephen Brotebeck is the Artistic Director of the Okoboji Summer Theatre in Northwest Iowa and a Professor at San Diego State in the MFA Musical Theatre program. At OST he has directed and choreographed Mary Poppins, Murder On The Orient Express,And The World Goes'Round, A Grand Night For Singing, I Ought To Be In Picturesand The Spitfire Grill. At SDSU he has directed and choreographed numerous productions including Pippin, James and the Giant Peach, The Full Monty and The Drowsy Chaperone (Craig Noel Award Nomination). Broadway:Ghost, Peter and the Starcatcher(Movement Associate). As a director Mr. Brotebeck has helmed the Off and Off-Off Broadway productions of The Shark Play, Breaking The Shakespeare Code, St. Francis (NY Fringe – Excellence in Directing Award), The Maltese Walter, Greasemonkey andScenes from a Balcony. For TV and Film: Sharing The Love (Cox Cable - Best Musical Oniros Film Awards),WPSU Musical Theatre Spotlight (Emmy Nomination). Kennedy Center: Spring Gala (Director),My Fair Lady, Camelot, and Children Of Eden (Associate Director/Choreographer). Additional credits as a director and/or choreographer includeGhost at the Finger Lakes Musical Theatre Festival; Girlfriend and The Loneliest Girl In The World at Diversionary Theatre; Peter and the Starcatcher, Monty Python’s Spamalot, And The World Goes ‘Round (Oscar Wilde Nomination), and I Love A Piano (Oscar Wilde Nomination) at Farmers Alley Theatre;Looking For Roberto Clemente at Imagination Stage; The Great American Songbook Hall of Fame Induction Ceremony presented by Michael Feinstein. Internationally, Stephen has directed productions for Creativiva Caribbean, and choreographed multiple projects in Indonesia, China, and Guatemala for Passport to Broadway. BFA, Western Michigan University. MFA, Penn State. 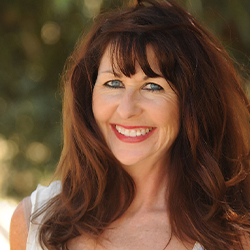 Media Personality, Sacred Social Activist, Environmental Accountability Advocate, writer, 'sometimes' singer, funster and 'all the time' Myth Buster.  Born in Chicago, and growing up in various parts of the US and South Africa, Sunny was exposed to many cultures and traditions including spending time with the Bushman "Kwe" of the Kalahari Desert.  Years later, through many life experiences and family opportunities she was exposed to, she saw the world from multifaceted perspectives. Her extended family were activists and advocates of cultural, societal, and environmental change through art, literature, travel, music and politics. The family dinner table guests were often policy, entertainment and cultural shapers of the day. Chayes got her activism myth busting chops from having a "front row seat".

This led Sunny to find and use her "voice" in singing and speaking at sacred events as well as writing and consulting on screenplays, novels and music. In 2011 she jumped into hosting a number of well received podcasts."Singin' in the Rain", "The Sunny Chayes Show", the Spanish, Portuguese and English "Pioneers of Possibility", and "Solutionary Sundays" on ABC-KMET. She hosts thought-provoking and cutting edge luminaries exploring new ways of navigating this challenging life we find ourselves in.  Guests share the tools to 'rock it' through upleveling our health, education, the arts, enlightened communication and parenting. They guide us in imagining our unique 'heroes journey' to simply living in sacred behavior on every level. The 'Solutionaries' enjoy myth busting and inspiring us to be empowered.

Sunny consults with International and National NGOs such as "Jessie's Place-Rwanda". Her 'voice' is found in the country's longest running holistic magazine, "Whole Life Times" as Chief Strategic Partner and feature writer where she explores a vast array of topics for living in harmony with Mother Earth any way we can.

At the center of Sunny's work is the desire for blending humanity with profound action.  The hope that we will all acknowledge and activate our 'power of one'. Knowing that we do this for ourselves, for each other and for our children's future.

"Unless...someone like you cares a whole awful lot, nothing is going to get better, it's not" ~ Dr. Seuss from "The Lorax" 1971 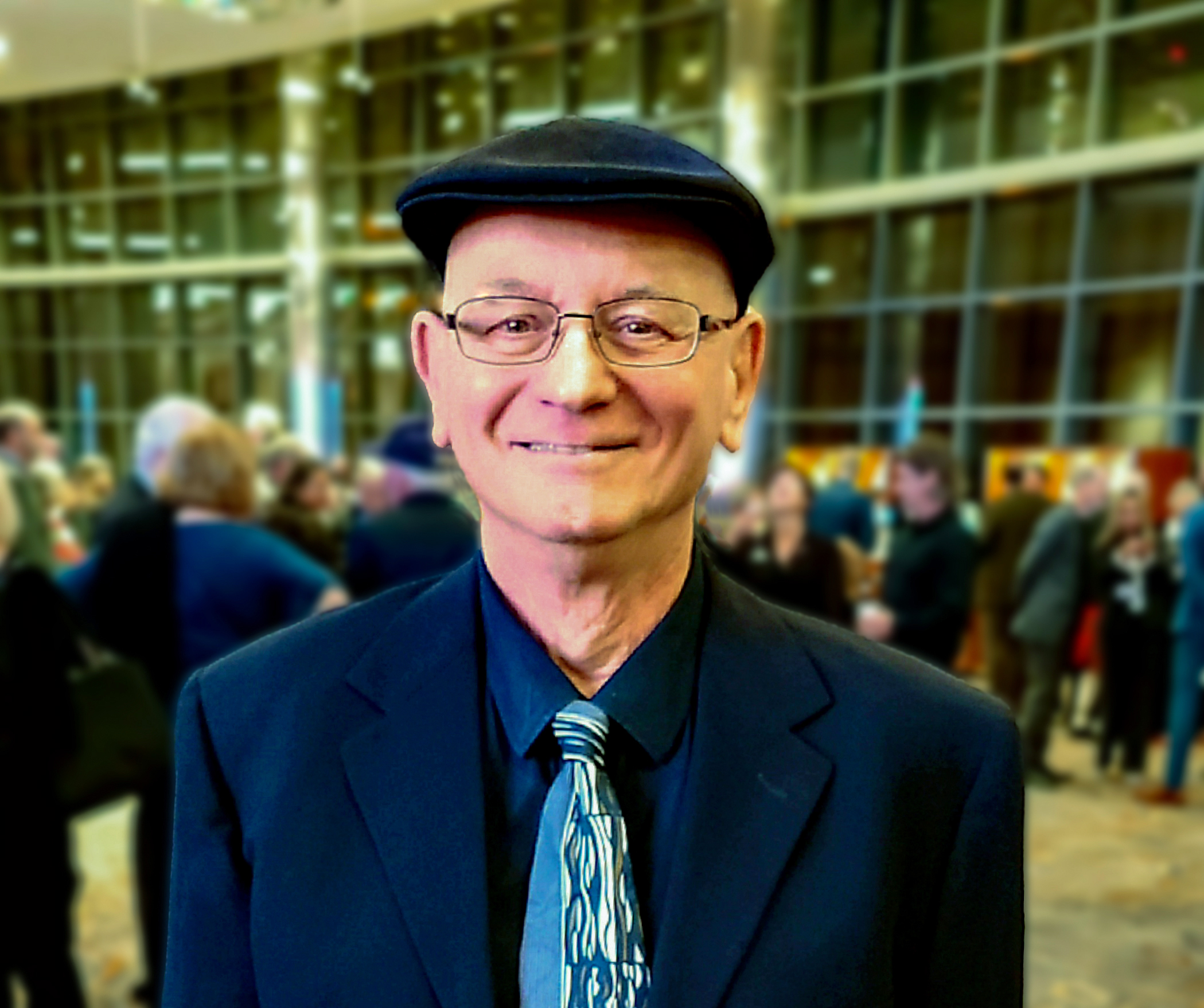 A Chicago native, Steve graduated from Elmhurst University and began his professional career in the publishing industry. His last position was Vice President of the Database Publishing Group for R. R. Donnelley & Sons before moving to San Diego, CA to run his own business. Throughout his lifetime, Steve has been involved with visual arts by teaching, designing and producing programs for high school bands, drum and bugle corps and color guards, winning numerous national and international championship titles. He also serves as an adjudicator for many championship events throughout the country. He is currently the volunteer coordinator and safety operations specialist for the USS Midway Museum in San Diego. Steve’s passion for photography began with his first professional position as a magazine editor and publisher and it continues today.

All content on this site is TM and/or Copyright by Victory Arts 2021 -- All rights reserved. No material may be copied, reproduced, republished, or distributed without consent.